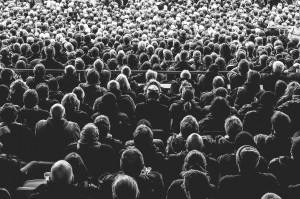 We will all soon be thinking fairly hard about how we are going to vote at the upcoming election….. well some of us will, I guess (I’m not sure everyone in the country thinks things through as fully as they might when the big day arrives?). Whatever the case, we vote. That’s democracy. And all of that flows on, eventually, to how the key organisations and institutions of government run (Courts, Corrections, Education, Health and all the rest)….. smooth or otherwise, lean or otherwise.

The Government we choose is the management style we choose, ultimately, for how the multi-billion dollar machinery that conditions our everyday lives is run. Although, having worked within a couple of large government organisations before, I can report that there are aspects of management that seem to survive election changes generally intact. There is a stasis at the core of many of these organisations, a centre of gravity that doesn’t shift in a hurry, and types of management, types of manager that don’t change in a hurry either. Human nature I suppose….. which doesn’t change just because you work for some politicians or high-ranking administrators in Wellington, rather than private owners or corporate managers elsewhere or overseas. Big enterprises, big entities with lots of people need a degree of certainty from day-to-day. We avoid the shock of the new.

Some political parties promise a government built around their own version of Lean, which generally means spending less money rather than more, with little actual thought for everything that really needs to go into making that work. In a short article like this there isn’t enough space to go into the everything I’m talking about here, so I’ll cut right to the chase. My main difficulty with management in government organisations is their tendency to tolerate bad behaviour and poor performance, to avoid dealing with difficult situations and difficult people. This is not true of everyone in these organisations of course, but in middle and higher management in particular I have witnessed many examples of this kind of avoidance….. in fact, it has sometimes seemed to me that the only way to get anywhere in public sector management is to ‘avoid your way to the top’. It’s actually more of skill than you might think and doesn’t always come naturally.

Long story short, I think if we want true Lean management in New Zealand Government we need to start investing some serious resources in upskilling our public sector managers, and in altering the culture within which they exist and work. Grow the capability from the inside. Break the cycle. I’m listening out for clues from the different candidates this election that they have some understanding of this. I haven’t heard much thus far.