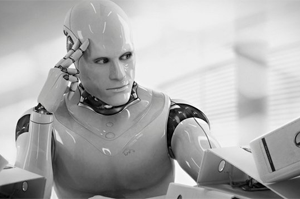 In early 2014, one company took a giant step backwards that many felt would yield only a small step forward. But for Akio Toyoda, the CEO of Toyota, it was a step that would eventually eliminate the need for even more steps. Step by meticulous step, he set forth to create a better learning culture. A culture where human creativity and curiosity was brought back to the production floor.

And just what were the humans and their “so called curiosity and creativity” supposed to replace? You did notice I said what, not whom?

This production dichotomy-one, discussed in Bloomberg News, sent shockwaves throughout America. But it did something even more shocking – it showed the respect for people Toyota leaders are legendary for.

Furthermore, Akio Toyoda humbled himself by acknowledging Toyota was finally suffering from Big Company Disease (BCD) – a name coined by Jeffrey Liker, author of The Toyota Way. A disease where trying to remain a big company usurps respect for people. The disease is spread by leaders who demand people push out more & more product. Learning stops and then quality suffers.

With America’s employee disengagement rate currently standing at 75-80%, it’s clear BCD is contagious. And it is bad, very, very bad.

Since inception nearly 60 years ago, Toyota has had just one unprofitable year, and they still have never resorted to layoffs. In 2013, Toyota’s profits of 17.8 B surpassed the combined total of Ford, GM, and Chrysler. And guess what, Toyota built far fewer cars.

So what does it take to create this type of culture? One where learning comes first, value creation makes it happen and leaders make it possible?

The Japanese learning continuum of “Show Them, Tell Them, Let Them Do It, and Praise Them.”  They are part of an even bigger learning system. That is Kaizen, which has the equivalent American translation of “Change-Better.”

Kaizen helps people learn and helps cultures start improving. It helps businesses create more value. It requires people to learn more about themselves, one another, the system that creates value and it helps people and businesses improve at a constant pace.

For anyone trying to simply mimic Toyota, good luck. Their system has taken years to design, it’s continually being improved and it’s unique to Toyota. Your business and people are unique too. Trying to “plug in” another businesses system, will not work for you. You need to develop your own.

But here are a few deliverables that can help better engage people. They are all built on the foundation of “Respect For People.”

“Robots do not hold on to life. They can’t. They have nothing to hold on with – no soul, no instinct. Grass has more will to live than they do.” -Karel Capek

This article was published by Colin Baird on Linked-In:
https://www.linkedin.com/pulse/how-avoid-big-company-disease-toyota-got-groove-back-colin-baird