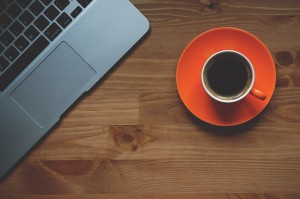 My colleagues in the Lean community and I will often share stories of visits we have made to organizations, and/or conversations we have had with others. Often those discussions involve what several of us refer to as ‘Unlean Lean” – practices that we have seen or people have described to us that well… leave us shaking our heads. What people, often proudly, describe under the belief that it is some exemplary example of a Lean practice is, in our opinion, quite the opposite.

An experience that I had while delivering a public workshop last year is a great example of what I am describing. It was our “Lean Fundamentals for Office & Service” two-day workshop. The first day covered the basics of continuous improvement, problem solving, PDCA, etc. All went well. We began Day 2 with a review of the basic Lean concepts such as; standardized work, visual management, 5S, flow, pull, and so on.

We started with standardized work. A woman in the group shouted out something to the effect of “that is just ridiculous, ‘they’ tried to get us to standardize everything, you just can’t do it!” I first asked to whom was she referring when she says “they.” “The ‘Lean’ guys in our organization.” I asked, “What did they ask you to standardize?” “Everything, including making coffee in the break area.” I acknowledged that standardizing the making of coffee is indeed ridiculous, but that when applied properly, standardized work can provide great benefit to associates and the organization. She wasn’t buying it.

Next up was 5S. In still raised voice, “They made me get rid of all of my personal photos.” “Who?”, I asked. “You Lean guys.” I had now become one of “them.” I said, “That is not what 5S is about”. By this point, she wasn’t even hearing that I was agreeing with her as the situation worsened. Let’s just say it wasn’t a good day. I still have nightmares.

Sadly, this was not the first time that I have heard things, such as standardizing for the sake of standardizing on processes, or steps within processes that are unimportant. Or, making people remove all personal items from a work area where there are no safety concerns with their presence (such as an office cubicle). Forcing people to put all staplers in the upper left hand drawer of everyone’s desk as a supposed “standard’” in 5S. Labeling everything. The “5S police” performing audits that give rise to punitive responses. Posting metrics that have little or no meaning in areas where people have zero ability to affect them, and calling it “visual management.” Measuring everything. Gemba walks that turn into opportunities for leaders to impose their will on others. “Strong arming” suppliers and calling it “Lean Supply Chain.” Cutting inventory under the guise of “just in time,” without understanding the reasons that it exists in the first place, resulting in decreased customer service. All A3s must follow the exact same template under the guise of “standardization.” And the most egregious… cutting people and calling it “Lean.”

The main concern with “Unlean Lean” is what it does to the beliefs and attitudes of those who are exposed to it. It is usually similar to the aforementioned woman in the workshop. They become completely turned off to the concepts, and rightfully so. And it can be very difficult to make them converts once they reach this point. Whereas a true Lean approach gives rise to very different attitudes (and results). It is an approach that truly practices respect for people, engages team members throughout the process, encourages experimentation to allow people to learn their way to a better place.

So, where does ‘Unlean Lean’ come from?

That’s a great question that probably has many answers.

Often it is the resident “Lean folks,” kaizen promotion office personnel, whatever title they hold. Other times, it is the external Lean resources, the consultants.

Regardless, it stems from a strongly held belief of what is “right.”

I have met many such folks and I always ask them why they believe what they believe. The responses vary. Generally speaking they often originate from one of two sources.

One is a lack of sufficient understanding of the concept or tool in question. With such people, I will ask follow up questions.

The questions make them think more deeply about the subject. They begin to realize that there is more to learn. Brilliant, but as previously mentioned, much damage has already occurred in terms of people’s attitudes. It is why we always suggest a “narrow and deep” approach to the application of any Lean concept. Deeply learn through practice about a concept before moving on to another. As the saying goes, “a little information is dangerous.” This is certainly true of the Lean “toolbox.”

When pressed for a response to the questions presented, the person will make a statement such as “It’s just the way I like it,” or “That’s what we did at my last company.”

When alternatives are suggested, they are quickly discarded because they do not match a predisposed bias. I’ll ask about the circumstances at the last company, and if they are the same in the current organization. I suggest that if they are different, shouldn’t a different approach be considered? I’ll ask questions about the ability to sustain the changes made or the standards established. “We’ve really struggled with that,” is often the response.

I suggest that perhaps it is the approach that has been taken, that it is not engaging people and getting their buy-in. I often use the expression, “You have to sometimes lose a battle in order to win the war,” which has great applicability to any significant change effort, which Lean certainly represents. Forget the fact that some of the “battles” that were provided earlier were just flat out wrong. The fact of the matter is there is more than one way to approach all of the Lean concepts. The one that will be successful is the one that people commit to making work.

What Can We Do?

Overcoming bias can be especially difficult. True Lean thinkers “check” their biases, and allow the current conditions and facts to guide their path forward. Lean thinkers embrace experimentation and are not pre-disposed that a particular solution or countermeasure will or will not work. Let’s try it and see what we learn. It’s why there is “Check” in “Plan-Do-Check-Act.” For biased, proud Lean zealots, it would be a big portion of “humble pie” to admit alternative possibilities exist. They might even view it as undermining their credibility in the eyes of others in the organization. Therefore, they choose to stay the ineffective path, unable to change their ways. I tend to ask such people, “Do you want to be known as a respected Lean thinker or as one of the dreaded “them?”